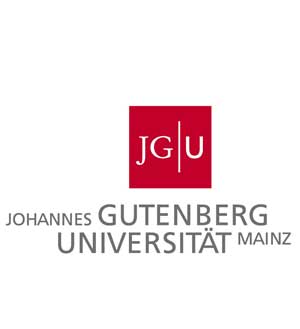 Our project aims to create an up-to-date profile of Polish aspect and its evolution over the last 250 years, in contrast to both Russian and Czech. Inner-Slavic continua in hierarchies of functions and the interaction of aspect with other verbal categories and distinctions on clause and discourse level provide the background for the study. German serves as an independent ‘gauge’, as it lacks aspect, but requires choice of tense and must ‘react’ to the same functional distinctions as “aspect languages” do on the grammatical and discourse levels.

Starting from recent findings on the areal differentiation of aspect use and patterns of aspect pairings in Slavic languages, we assumed a model that aims at pinpointing correspondences between synchronic inner-Slavic differences and diachronic evolution in heterogeneous domains relevant to aspect choice (chronotopic model). Polish is transitional between Slavic languages in the east and the southwest; its recent history thus serves as a very suitable test case for this model.

As for patterns of morphological derivation, we determined how inconsistencies in the formation of aspect pairs had been, and are, overcome by the elimination of ‘triples’, biaspectual and aspectual tantum verbs. We investigated the amount and types of aspect triples (e.g., Pol. tworzyćipfv – stworzyćpfv – stwarzaćipfv ‘create, produce’) and of aspect pairs in the aforementioned Slavic languages. We assumed that the number of triples decreased in time. Another symptom of the evolution of the aspect system was the behaviour of recent loan verbs, more precisely: their integration into the derivational patterns of the aspect system by means of prefixes. By this account, recent loan verbs can be presumed to differ from suffixes, which overall are considered as the most productive means of creating aspectual pairs, at least in the eastern part of Slavic.

As regards functions, we focused on hitherto neglected issues: certain subtypes of the non-actual present tense, subtler differences of iterativity, and aspect in the context of modal and propositional modifiers (or constructions). We also investigated present tense accomplishment predicates in legal texts (including codices) with regard to their interpretation by legal specialists and by ‘naïve’ speakers of Polish. Here we are particularly concerned with the present tense use of imperfective verbs, since Polish is the only Slavic language that allows imperfective verbs to be used in sanctioning the legal norm.

To these ends, we constructed a Polish-German parallel corpus covering the last 250 years. The corpus was tagged to suit the needs of Slavic aspectology – in particular our specific topics – but it will also be of use to other researchers in linguistics and related domains, and thus serve a long-term practical use.